The royal families of the past — like those of the present — were fond of their countryside getaways. These lavish retreats provided an escape from the city and the summer heat, a place for diversions like hunting and horseback riding, and enough land to build grand showpiece palaces and gardens. While Europe has many royal summer palaces, a few are remarkable for their sheer size, over-the-top opulence, and the larger-than-life personalities who built them.

The granddaddy of European palaces is Versailles — King Louis XIV’s 17th-century escape from Paris. Louis was the embodiment of the notion that some people were born to be rulers — and everyone else just needed to follow the rules. As a “divine monarch,” he had to impress upon his people that God had really ordained him to rule without question. And in order to do that, he needed an ultra-fancy house.

Louis spent freely from the public treasury to turn his dad’s hunting lodge into a palace fit for the gods (among whom he counted himself). The main palace boasts rooms lavishly decorated with painted ceilings, heavily ornamented furniture, and impressive art (even the Mona Lisa once hung here). Most striking is the Hall of Mirrors, lined with 17 arched mirrors. Back then, mirrors were a great luxury, and the number and size of these were astounding.

Louis also built the ultimate garden — elaborately planned, pruned, and decorated, showing everyone that he could control nature like a god. The garden’s 1,500 fountains weren’t just a marvel of art and engineering but designed to reinforce the palace’s message. The Apollo Fountain shows the “Sun King” (Apollo…or is it Louis?) in his chariot as he starts his journey across the sky, with his entourage of dolphins leading the way.

In 1717, Czar Peter the Great and his wife, Catherine I, started construction on a modest two-story abode. When their daughter, Czarina Elizabeth, took over, she hired a famous Italian architect to rebuild the palace in a grand Baroque style that became known in Russia as “Elizabethan.”

Elizabeth’s Rococo tastes are in full force in the 9,000-square-foot Great Hall, boasting 300 mirrors (inspired by Versailles’ Hall of Mirrors), and lit by up to 7,000 candles. Even more magnificent is the Amber Room. This jewel box of a room is slathered with six tons of amber mosaic — originally a gift from King Frederick William I of Prussia to his ally Peter the Great — which Elizabeth moved to the palace and expanded.

Later, Czarina Catherine the Great left her own mark on the palace in the restrained Neoclassical style. With the help of Scottish architect Charles Cameron, she built the two-story Cameron Gallery, designed to give her a bird’s-eye view over the gardens. When the czarina became too portly to climb the gallery stairs, Cameron installed a long ramp for her to ascend.

More than a century later, Bavaria’s “Mad” King Ludwig built Europe’s most escapist retreat. Ludwig much preferred spending time at his family’s hunting palace, Hohenschwangau, over dealing with politics in Munich. While living there, he dedicated himself — like a kid building a treehouse — to the construction of his dream castle on a neighboring hill.

RELATED STORY  Ten of the best nightlife cities in the U.S.

Built from 1869 to 1886, Neuschwanstein Castle was the epitome of 19th-century Romanticism. The castle is wallpapered with misty medieval themes, many from the operas of Ludwig’s friend, Richard Wagner. The castle’s extravagant throne room, with an exquisite mosaic floor depicting a visual encyclopedia of animals and plants, was modeled in a Neo-Byzantine style to emphasize his royal status. And he slept in an elaborately carved canopy bed with a forest of Gothic church spires on top. Unfortunately, that only lasted 172 days. Soon after he moved in, a panel of doctors declare him insane, he lost his throne and was found dead in a lake.

Just before Ludwig built the castle of his dreams, his distant cousin, King Ferdinand II of Portugal, built a romantic hilltop palace of his own in Sintra, outside Lisbon.

The Pena Palace is architecturally interesting thanks to its mix of German Romanticism and Portuguese styles. Flamboyant Ferdinand converted a 16th-century Manueline monastery into a 19th-century palace. The result is a crazy, colorful, Neo-fortified casserole of Gothic towers, Renaissance domes, Moorish minarets, Manueline carvings, and Disneyland playfulness. The palace was occupied by royals until 1910 when they were ousted in a popular revolt. The elegantly cluttered rooms are still arranged as they were back then, giving this place an intimacy rarely seen in palaces.

Today these homes of crazy rich royals are open to the masses — and massive crowds can be overwhelming, so always reserve ahead.

From the over-the-top Versailles to the intimate Pena Palace, the best royal retreats provide insight into the dynamic, often quirky monarchs who once ruled Europe.

Rick Steves writes European travel guidebooks and hosts travel shows on public television and public radio. Email him at rick@ricksteves.com and follow his blog on Facebook. 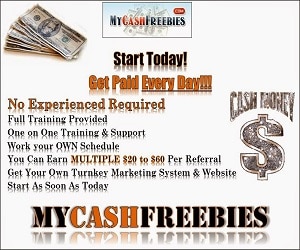