The Atlantic basin has been quiet since Barry slammed onto the Louisiana coast as a hurricane on July 13.

The National Hurricane Center gives the disturbance a 10 percent chance of formation over the next 48 hours and 20 percent through five days.

“A weak area of low pressure just to the east of the Central Bahamas is producing disorganized showers and a few thunderstorms,” NHC’s Richard Patsch wrote. “Some slight development is possible over the next few days while the disturbance moves westward to west-northwestward at around 15 mph.”

The concentrated batch of downpours and thunderstorms is known as a tropical wave.

Tropical waves frequently traverse the tropical Atlantic Ocean from east to west during the summer and are the seeds for tropical depressions, storms, and hurricanes if conditions are conducive for development. 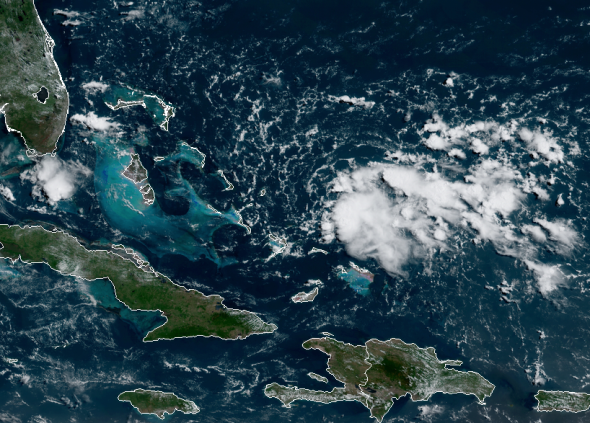 “Despite warm water, other environmental factors will work against the feature near the eastern Bahamas from developing in the short term,” according to AccuWeather Senior Meteorologist Adam Douty.

Regardless, residents and visitors across the Bahamas will notice an increase in showers and thunderstorms through Monday.

The downpours can reach Miami on Monday night before a stormy Tuesday follows across more of the Florida Peninsula.

The tropical downpours can spoil some vacation plans and lead to slower travel. Anyone spending time outdoors should remember to seek shelter as soon as thunder is heard to avoid being struck by lightning.

“Eventually, the tropical feature will become incorporated with the cold front that is currently sinking to the south and bringing relief from the heatwave across the U.S.,” Douty said. 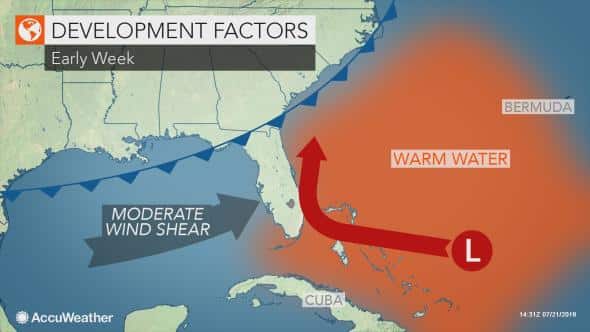 “As this front stalls off the Southeast coast, it is possible we see gradual tropical development during the second half of the week,” he added.

That development could be fully tropical or subtropical in nature.

A subtropical storm has both tropical and non-tropical characteristics.

“Subtropical storms tend to be somewhat lopsided and may contain pockets of dry air near the center,” according to AccuWeather Senior Meteorologist Alex Sosnowski. “However, in terms of impact, they can also bring heavy rainfall, rough sea, and surf conditions and strong winds, just like their true tropical storm cousin.”

“Tropical development along a stalled frontal boundary is typically a slow process, so there remains the questions as to whether the feature will have enough time to develop before it is pulled northeastward away from the coast and into cooler water,” Douty stated.

Even if a tropical depression or named storm fails to take shape, the front will bring an extended stretch of increased showers and thunderstorms to the Florida Peninsula later this week.

The showers and thunderstorms may also graze and disrupt beachgoers along the coasts of Georgia and the Carolinas during this time.

The latest indications suggest that in the event of a more organized tropical system taking shape later in the week, it would remain offshore. There can still be enhanced rainfall along a part of the Southeast coast and rough seas would be stirred across the southwestern Atlantic Ocean. 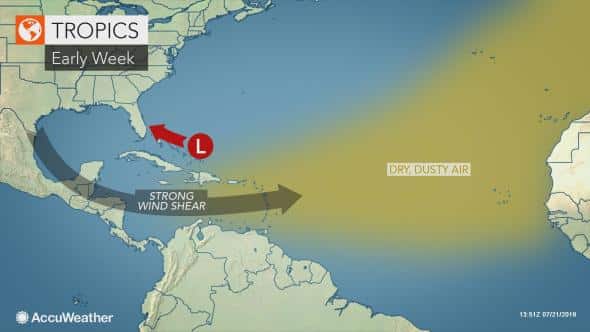 Away from the southwestern Atlantic, there are no other signs of development across the remainder of the basin this week.

The next named storm in the Atlantic will be called Chantal.